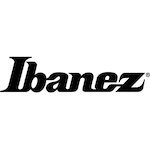 Ibanez represents innovation and inspiration. Players like Steve Vai, Joe Satriani, Paul Gilbert, Tosin Abasi, George Benson, and John Scofield, to name a few, constantly push the boundaries of creativity and excellence. This is where Ibanez has the guitars to complement their expression. Ibanez offers instruments from learner through to professional that allow your creativeness to flourish with a standard of quality that other guitar manufacturers look to and strive for. 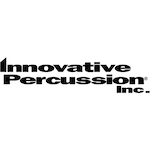 Agop Tomurcuk, was born in Istanbul-Turkey in 1941. Growing up in the Samatya neighborhood of Istanbul, he followed in the footsteps of his older brothers Oksant and Garbis, by beginning work as an apprentice cymbal-smith at the age of 9 at the only cymbal factory in Turkey. Here, Agop learned, and later helped to refine every aspect of the cymbal making process, becoming a master at every process and eventually becoming the chief cymbal-smith, until that company ceased production of their cymbals in Turkey in 1977.

After a tragic accident, company founder Agop Tomurcuk passed away in 1996. After their father’s death, the two brothers quit the old factory where they had worked for 16 years and formed Istanbul Zilciler in 1997, further distinguishing themselves with the Istanbul Agop brand name and adopting a more progressive approach toward sounds and designs, while staying true to the tradition. By 1998, the Alchemy Series was created to expand our sound beyond traditional Jazz cymbals and better suit a diverse range of more modern and higher volume music. In 2004, Istanbul Agop opened the first company owned office outside of Istanbul, in Los Angeles, California, USA to further improve our relationship with artists and drummers, and further expand the availability of our instruments. In 2005, they released their 25th Anniversary Ride as an expression of the continuing journey to push the limits of traditional cymbal making, while staying true to the ancient tradition. 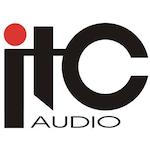