Few artists in music history can be credited with changing the industry nearly overnight the way Kurt Cobain and Nirvana did in the early ‘90s. A longtime fan of the Jaguar and Mustang, Cobain designed the mythical Jag-Stang to combine his favorite elements of both, creating an instrument that embodies his unyielding vision and unique creativity.

CHANGING THE FACE OF MUSIC 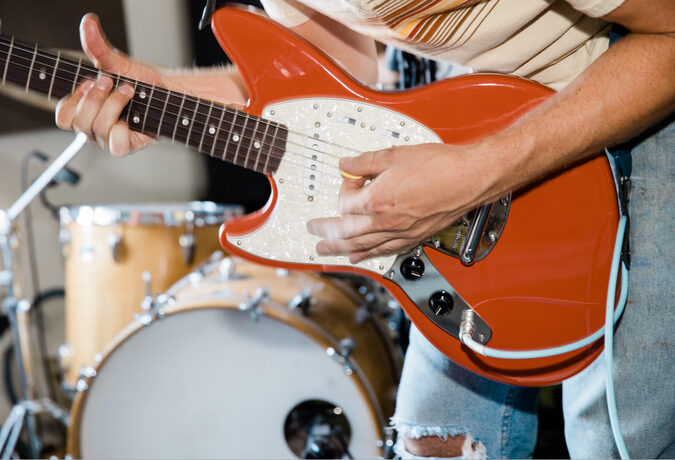 Arguably the greatest anti-hero in the history of electric guitar, Kurt Cobain and his bandmates in Nirvana changed the face of music as we know it and continued to do so for three decades when they appeared on the scene in the early ‘90s.
?
They were generational talents who combined raucous, heavy tones, punk-infused energy and melodic hooks to create a sound that quickly attracted millions of fans and established grunge and alternative rock as a genre with legitimate mainstream appeal.
And while Cobain was seen playing a variety of Fender guitars over the years, his Jaguar and Mustang models remain the most iconic due to their use on the tour supporting Nirvana’s 1991 breakout album, Nevermind, and the “Smells Like Teen Spirit” music video. 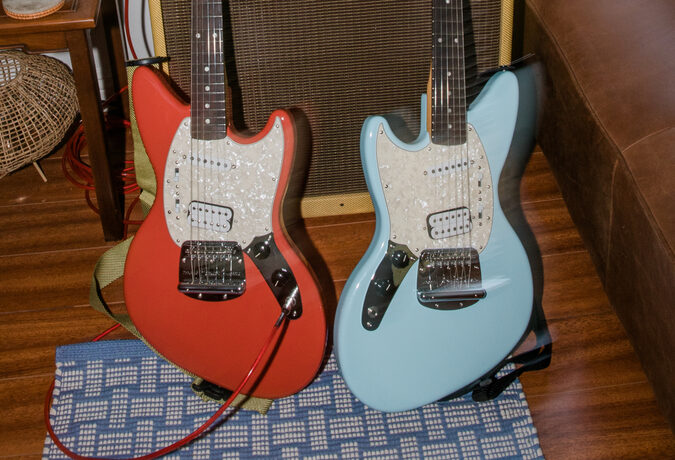 Yet Cobain saw bigger things for his guitars of choice. What if he could take his favorite elements of both the Jaguar and the Mustang and make an entirely new instrument?
That’s just what he did, as he approached the Fender Custom Shop in 1993 with an idea for what would become known as the Jag-Stang. As legend has it, Cobain took pictures of both models and arranged them together, with an offset body that was more Jaguar on the top and Mustang on the bottom.
After providing feedback on the original (left-handed) prototypes — one in Sonic Blue, another in Fiesta Red — Cobain felt that it was in a good place.
“Ever since I started playing, I’ve always liked certain things about certain guitars but could never find the perfect mix of everything I was looking for,” Cobain said in a 1994 Fender Frontline article. “The Jag-Stang is the closest thing I know.” 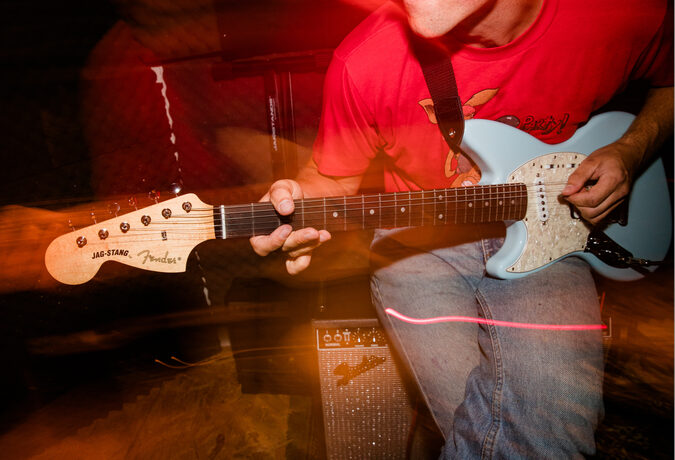 Fender produced the original Jag-Stang through 1999, and it had a reissue run in the early 2000s. Its unique body shape and features, such as the Mustang floating tremolo bridge with a dynamic tailpiece and “tilted” single-coil and humbucking pickups, have certified its cult classic status.
Now, to commemorate Nevermind’s 30th anniversary, the Jag-Stang will again see the light of day. Outfitted with the same features that made it his ideal instrument, the Jag-Stang lives on, just as Cobain’s influence has for generations.