Crafting his work from a place of deep artistic integrity, Louis has gathered a loyal following that spans the world over.

Everyone from India.Arie (“Louis Baker, you sing my soul,”) to BBC 6 Music, Clash Magazine and Earmilk have shown love for what he is, and has become.

Growing up in the working-class suburb of Newtown, Wellington, Louis developed his passion for music at an early age listening to his parents diverse record collection, which featured the likes of Miles Davis, Marvin Gaye and Joni Mitchell.

Picking up his singer-songwriter mother’s Yamaha acoustic guitar as an 11 year-old he was shown a few chords and then went on to learn to play the instrument by ear. This obsession with the guitar would lead him through a metal phase all the way to the world of rhythm and blues, with guitar players such as Jimi Hendrix and Stevie Ray Vaughn. The former inspired the then 15 year-old Baker to pick up a wah-wah pedal in an attempt to conjure the spirit of the late great Voodoo Child.

At the age of 17 Baker entered Play It Strange, a national songwriting competition organised by Split Enz’s Mike Chunn. His song ‘

Baker’s first official release came in 2011 with the song ‘Even In The Darkness’. The track won him the most votes on The Audience, a New Zealand government funded website dedicated to new, unreleased music.

Then in 2013 Baker was chosen out of 4000 applicants to take one of only 60 places at the prestigious Red Bull Music Academy in New York. The programme included guest lectures from Brian Eno, Questlove (The Roots) and Q-Tip (A Tribe Called Quest) and also saw Louis experience a studio session with legendary hip hop producer Just Blaze.

Following the Academy he spent the summer in London recording his debut self-titled EP with UK producer Andy Lovegrove (Supergrass, Breaks Co-Op, Badly Drawn Boy), which upon release in 2014, debuted at #3 on the New Zealand Top 40 Albums Chart. The EP track ‘Back On My Feet’ saw Baker debut as a finalist in the prestigious APRA Silver Scrolls Awards. Baker quickly followed up the EP by teaming up with New Zealand-born, UK-based Ninja Tune signing Jordan Rakei on the track, ‘Just Want to Thank You’. 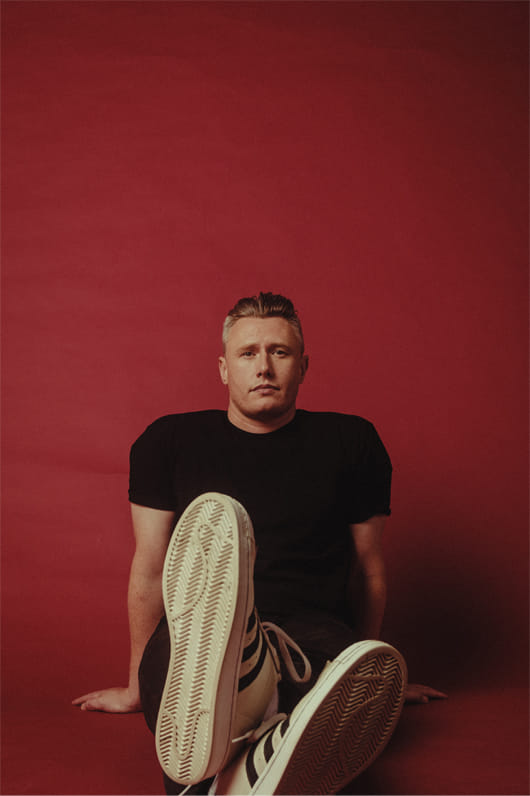 Throughout 2016 and 2017 Baker released four stand-alone singles, ‘Rainbow’, ‘Fade’, ‘Gave It All Away’ and ‘Addict’. Accompanied by an equally stark video, which has since seen over a quarter of a million views, long-time New Zealand music critic and author, Grant Smithies said of ‘Rainbow’

A glorious song this – sad and sparse, wise and true, with a restraint to the vocal that suits the vulnerability of the love-lorn lyric.

Baker’s next release ‘Fade’ was co-written and produced by Brad Ellis (Wilkinson, James Arthur, Sam Smith) of London based duo The Nextmen. ‘Gave it All Away’ saw the release of two distinctly different versions, a strikingly raw acoustic version and an electronic version produced by Fat Freddy’s Drop’s Mu.

Over the years Baker has toured New Zealand, Australia, the UK and Europe multiple times, he has also played at key international festivals

Someo of these include: Field Days - London, Sonar Festival - Barcelona, Sziget Festival – Hungary, Edinburgh Fringe Festival, Glasgow Commonwealth Games - Scotland and Splendour In The Grass - Australia, as well as Rhythm and Vines and Homegrown back in his home country of New Zealand.

Baker released his debut album Open earlier this year to critical acclaim. Written and produced in London, Los Angeles, Sydney and New Zealand, the album sees him reflecting on being open to opportunity, to change and to acceptance. Working with Grammy-nominated Engineer and Producer, Steve Rusch (Kendrick Lamar, Solange, Cody Chesnutt), multi-platinum selling songwriter Lindy Robbins (Andra Day, Chromeo), Open takes it back to where it all began for Baker, drawing on experiences and feelings from the past, to help him better understand the present, whilst also looking to a brighter, more open, future.

Listen to his music below.